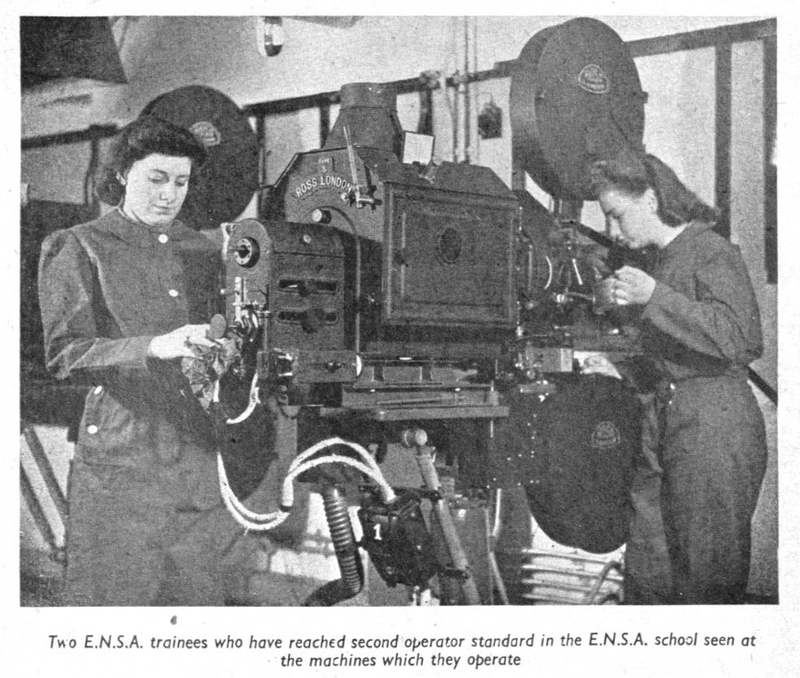 During World War II, women were once again called into projection boxes in large numbers, though again this was seen as a temporary measure. As one writen noted in December 1940, the arrival of women projectionists - whom he called 'projectionettes' - ‘will be little more than an emergency measure, but indicates yet another example of the constant effort that is necessary to ensure that the “show must go on.”’

Florence Barton, who worked as a sales-person in a Coventry cinema, was one of these 'projectionettes' and in the audio clip on the left she describes her move into the box.

Perhaps moreso than during the first world war, the position of women in the projection box was seen as acceptable. In this short silent newsreel item from the Huntley Archive we can see a woman projectionist screening a propoganda film for an audience (uncluding a number in unifirm) with absolute professionalism.

Florence Barton describes the process of becoming a projectionist in Coventry during the Second World War.